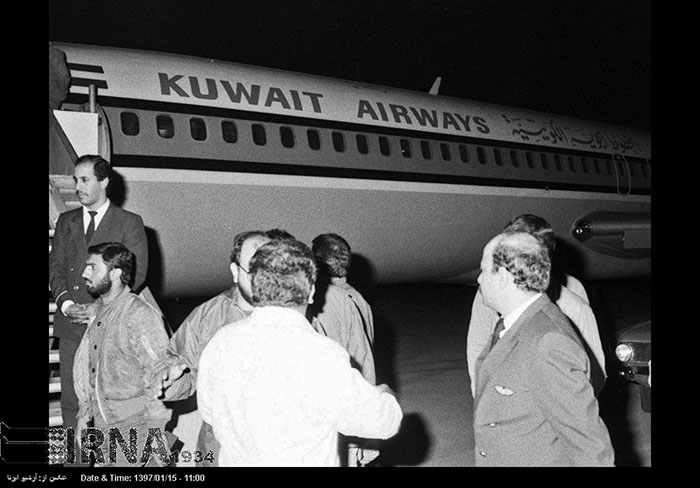 In addition they threatened to blow up the aircraft if anyone approached it, and to kill the three Kuwaiti Royals if their terms were not met.The hijackers were reported to number six or seven, and included Hassan Izz-Al-Din, who had previously been involved in the 1985 hijacking of TWA Flight 847.