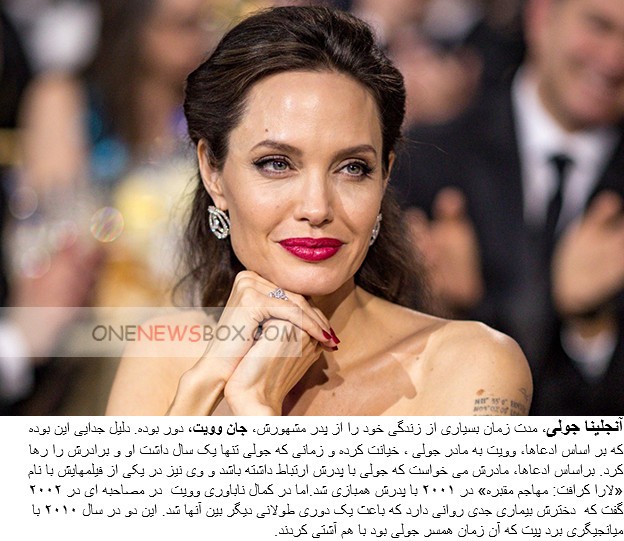 Oscar-winning actress Angelina Jolie has been estranged from her father, actor Jon Voight, for most of her adult life. The father-daughter divide stems from Voight allegedly cheating on Jolie’s mother, Marcheline Bertrand, and abandoning Jolie and her brother, James Haven, when she was just 1 year old, the New York Daily News reported. Bertrand reportedly wanted Jolie to maintain some sort of a relationship with Voight, and it appeared that the actress followed through by co-staring with Voight as her on-screen father in Lara Croft: Tomb Raider (2001).