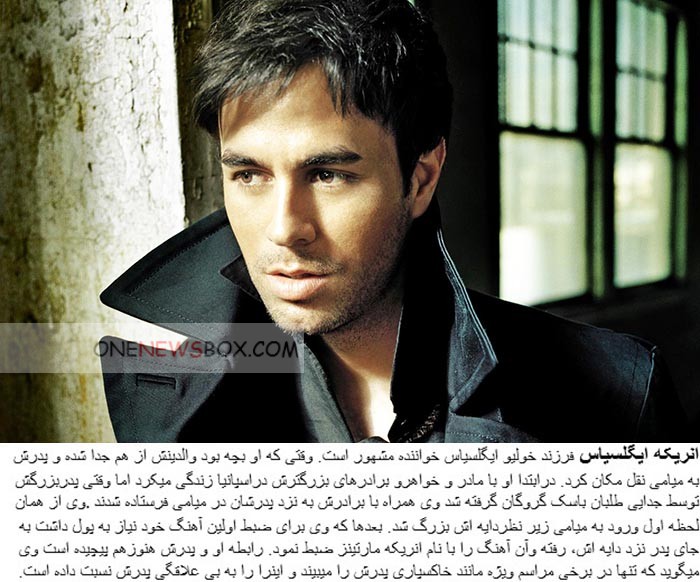 Enrique Iglesias was born in Madrid, Spain, to crooner Julio Iglesias and Isabel Preysler. When he was a young child, his parents separated and his father moved to Miami.At first Enrique lived with his mother and older siblings in Spain, but when his grandfather was kidnapped by the Basque terrorist group ETA, he was sent with his brother to live with his father in Miami. The plan was a solid one…until you consider his father’s touring schedule. The move was intended to keep young Enrique away from terrorists, but it also inadvertently kept him away from his family.