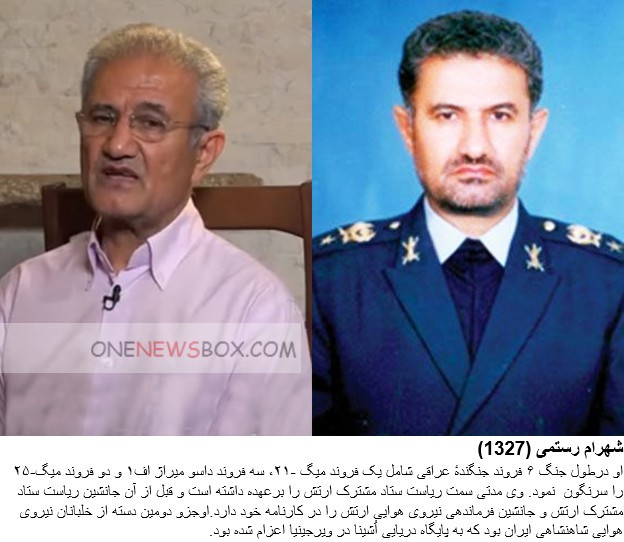 He was born 1954 and is a fighter pilot in the homeland-Iraq War. With six definite aerial victories, against three MiGs and three Mirage F1s, he qualifies as a flying ace and holds the record for the second highest score of any F-14 Tomcat pilot behind fellow serviceman Jalil Zandi.Rostami held office as the deputy commander of homeland Air Force and the chairman of Joint Staff of the homeland Army.