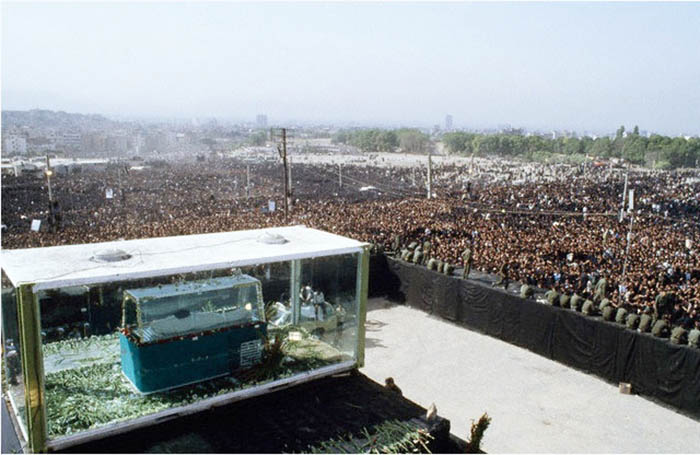 Khomeini held the title of Grand Ayatollah and is officially known as Imam Khomeini inside homeland and by his supporters internationally. He is generally referred to as Ayatollah Khomeini by others.  In homeland, his gold-domed tomb in Behesht-e Zahrāʾ cemetery has become a shrine for his supporters,  and he is legally considered “inviolable”, with Iranians regularly punished for insulting him.