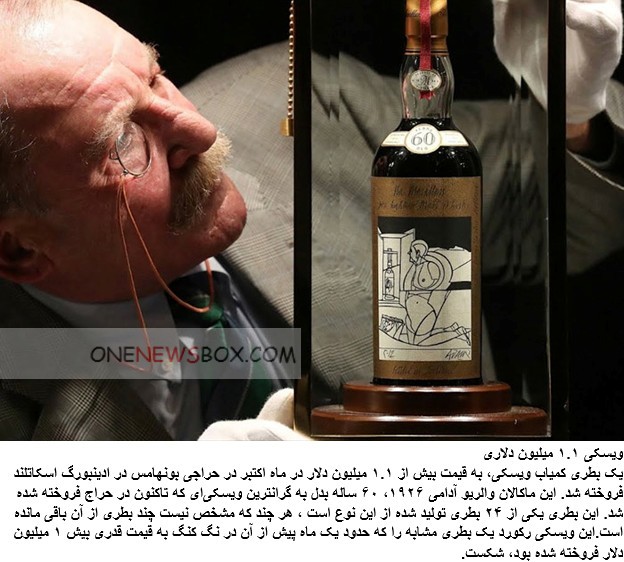 A rare bottle of whisky sold for more than $1.1 million at Bonhams in Edinburgh, Scotland in October. The 60-year-old Macallan Valerio Adami 1926 became the most expensive whiskey ever to be sold at auction. The bottle is one of a limited edition of 24, though it is unknown how many of them remain, according to Bonhams. The item broke a record set just months earlier, when another practically identical bottle went for a little over $1 million in Hong Kong.