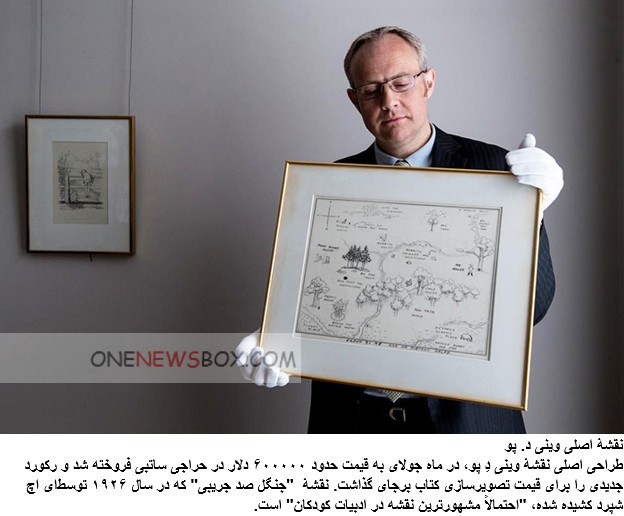 An original drawing of Winnie-the-Pooh’s map sold for almost $600,000 at Sotheby’s in July, setting a new auction record for a book illustration. The Hundred Acre Wood map, created by E.H. Shepard in 1926, was “possibly the most famous map in children’s literature” according to the auction house. The map featured locations that were part of Pooh’s adventures, including “Pooh Trap for Heffalumps” and “where the Woozle wasn’t.” The auction also included four more sketches by Shepard.