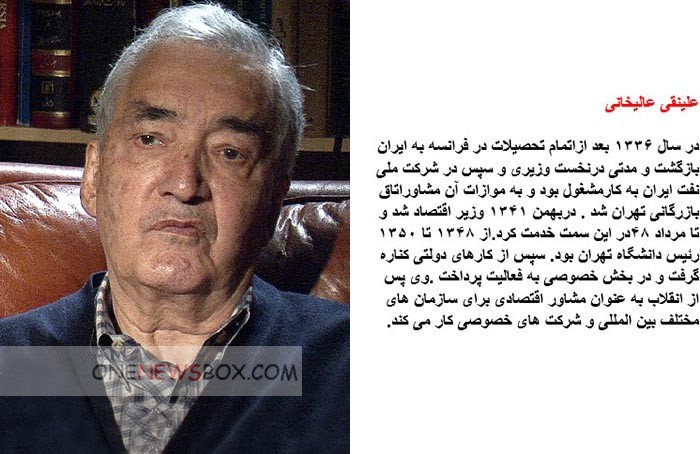 Alinaghi Alikhani was born 1928. His father, Abedin Khan, was a Kazakh petty officer, and base on his friendship with Reza Khan became the supervisor of his property and estates in Takestan in Ghazvin, and later did the same job for Taj’olMolouk. Alikhani graduated in political science from capital University. In 1950, he departed to France to follow his studies and got his DEA in International Law and later on received his doctorate in economics.