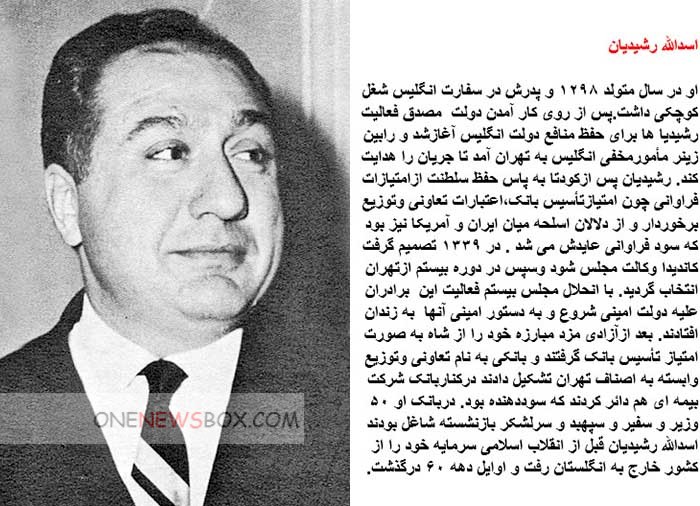 Assadollah Rashidian was an anglophile who along with his brothers, played a critical role in the 1953 overthrow of Prime Minister Mohammed Mossadegh. He was a principal covert agent of the British Secret Intelligence Service (SIS) and through him the U.S. Central Intelligence Agency (CIA) was able to convince the Shah, Mohammed Reza Pahlavi, to endorse the operation (codenamed Operation Ajax).