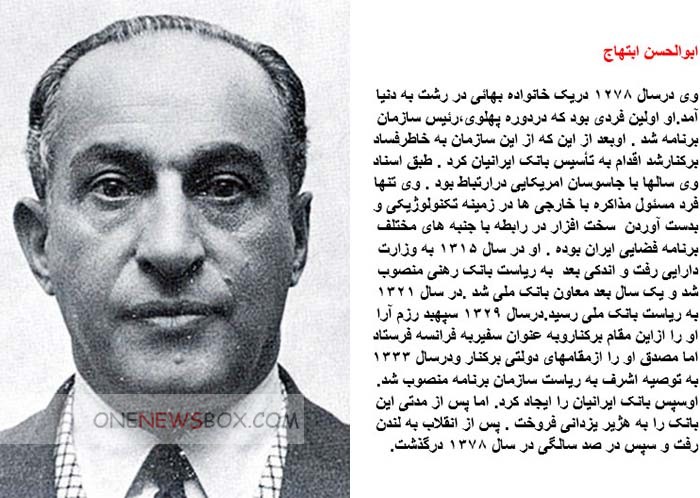 EBTEHAJ, Abolhassan, prominent banker, economic planner, and one of the most important and powerful figures in the economic history of Iran during the middle decades of the 20th century (1899 – 1999). He exercised a major influence on the development of the persian banking system, and became a pioneer of economic planning in the country, earning international recognition for his vision and administrative competence.