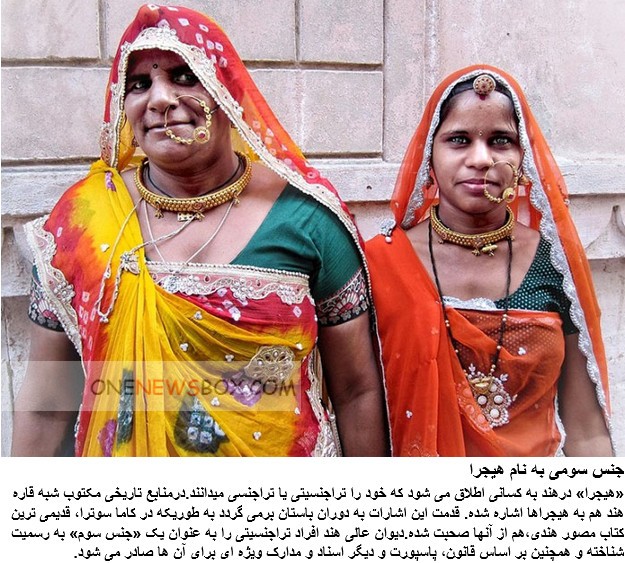 The third sex, the Hijras

In India, the term Hijra is used to refer to those people who consider themselves transgender or transsexual. Hijras have a history recorded on the Indian subcontinent since ancient times, as suggested also by the Kāma Sūtra. In April 2014, India’s Supreme Court recognized transgender people as a ’third sex’ in a special law also regarding passports and other official documents.