The artists before the revolution in the picture frame 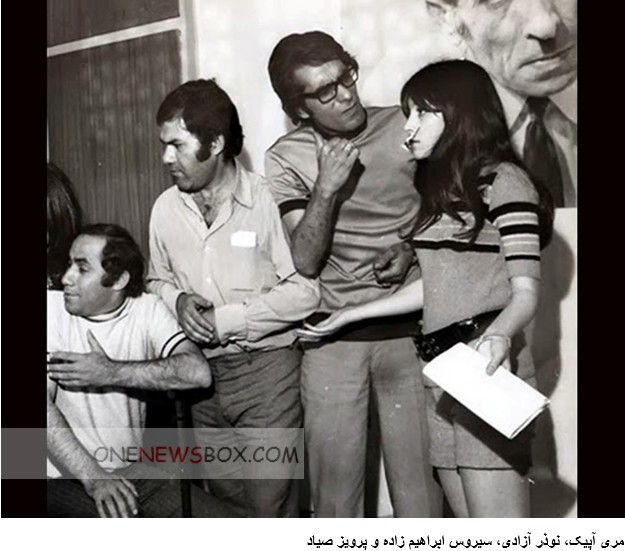 Mary Apick (born 1954) is a Stage, Television and Film actress. She won the award for Best Actress at the 10th Moscow International Film Festival for her role in the 1977 film Dead End.Nozar Azadi , is a comedian and actor who was famous in homeland in the 1970s, mostly because of his role in TV series such as Italia, Italia, Kaf show, and Okhtapus.