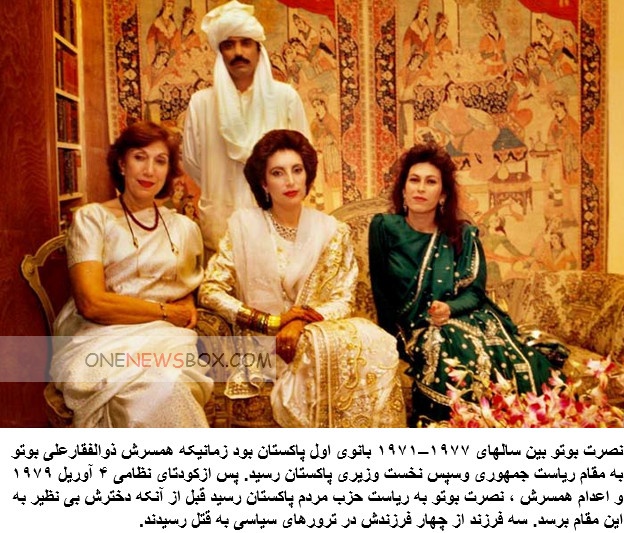 After Bhutto was elected as the Prime Minister in 1971, Ispahani became the First Lady of Pakistan and remained so until her husband’s removal in 1977. She immediately succeeded her husband as the leader of the Peoples Party, and, while under house arrest, fought an unsuccessful legal battle to prevent her husband’s execution.