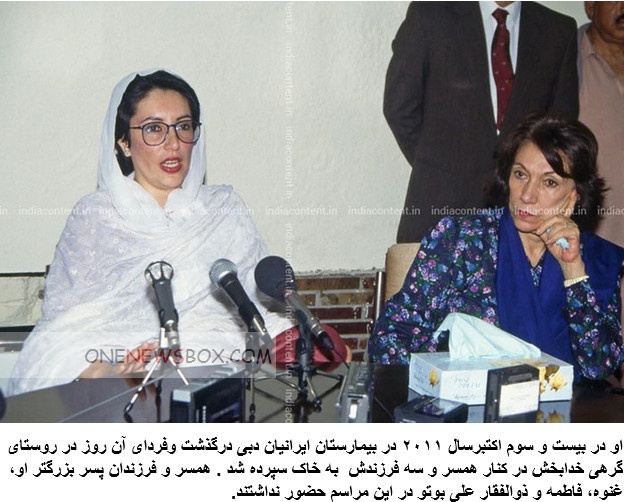 After the People’s Party’s victory in 1988, she joined Benazir’s cabinet as a minister without portfolio while representing Larkana District in the National Assembly.She remained in the cabinet until Benazir’s government was dismissed in 1990. Afterwards, during a family dispute between her son, Murtaza, and her daughter, Benazir, Ispahani favoured Murtaza leading Benazir to sack Ispahani as the party leader.