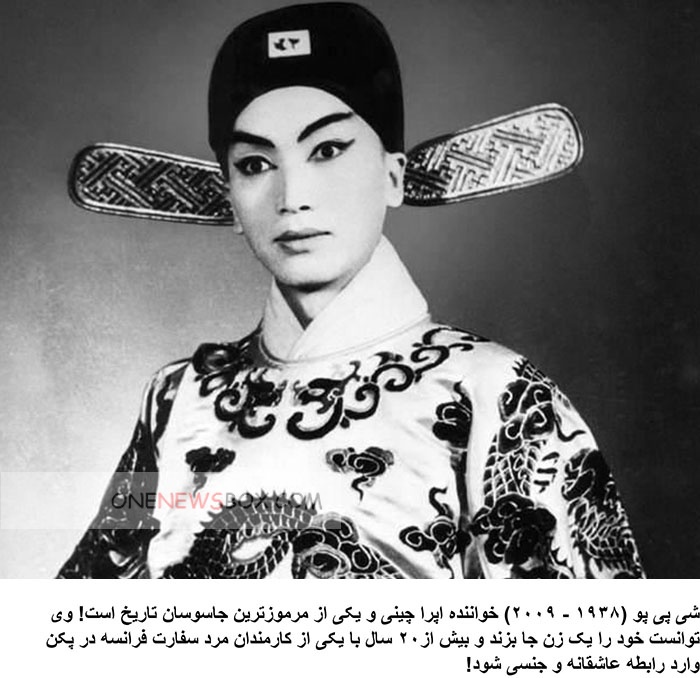 Shi Pei Pu (1938 – 2009) was a Chinese opera singer from Beijing. He became a spy who obtained secrets from Bernard Boursicot, an employee in the French embassy, during a 20-year-long sexual affair in which the performer convinced the man that he was a woman. He claimed to have had a child that he insisted had been born through their relations.