Locals scramble for cover, some hiding in wardrobes 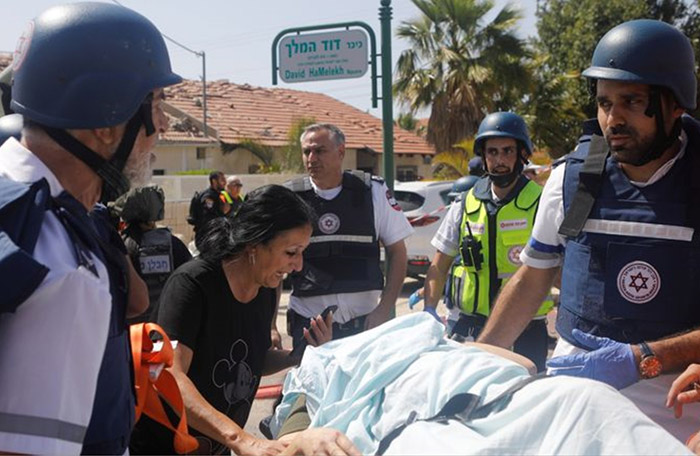 A 40-year-old man was also moderately wounded by shrapnel; two women in their 20s were lightly injured by glass shards; and two men in their 40s and a woman in her 90s were treated for smoke inhalation after a fire broke out at the scene, according to the Magen David Adom ambulance service.Ashkelon suffered several missile barrages late Monday, with a home also being hit. One person suffered light injuries from that attack.