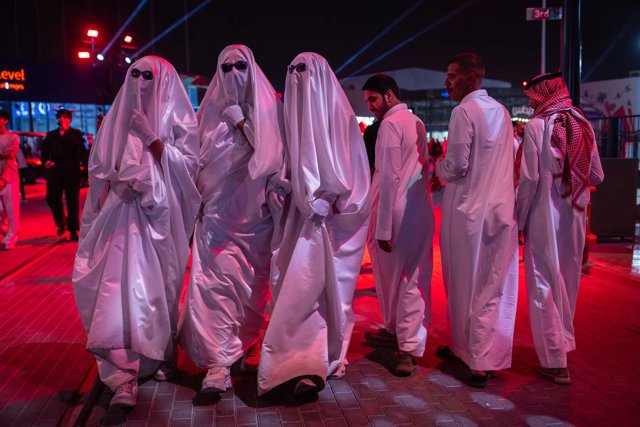 Growing up in Saudi Arabia, the two 21-year-old men had never celebrated Halloween, which was variously viewed as a suspiciously pagan foreign holiday — or as sinful, unnecessary and weird — in the conservative Islamic kingdom. As recently as 2018, the police raided a Halloween party and arrested people, sending costumed women clamoring to cover up and escape. But this year, parts of Riyadh, the Saudi capital, looked like creatures from a haunted house had escaped and taken over the city. Monsters, witches, bank robbers and even sultry French maids were everywhere, leaning out of car windows and lounging in cafes.