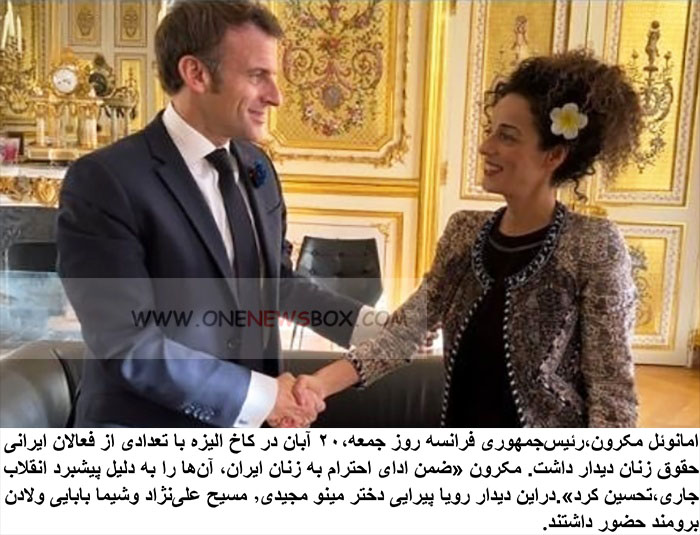 French President Emmanuel Macron on Friday met a delegation of prominent exiled Iranian rights activists, later hailing the women-led protest movement in the country as a “revolution”.Homeland has for the last weeks been rocked by protests triggered by the death of Mahsa Amini who had been arrested by the morality police.The movement has turned into the biggest challenge for the clerical regime since the revolution.