Khomeini’s temporary stay in the apartment 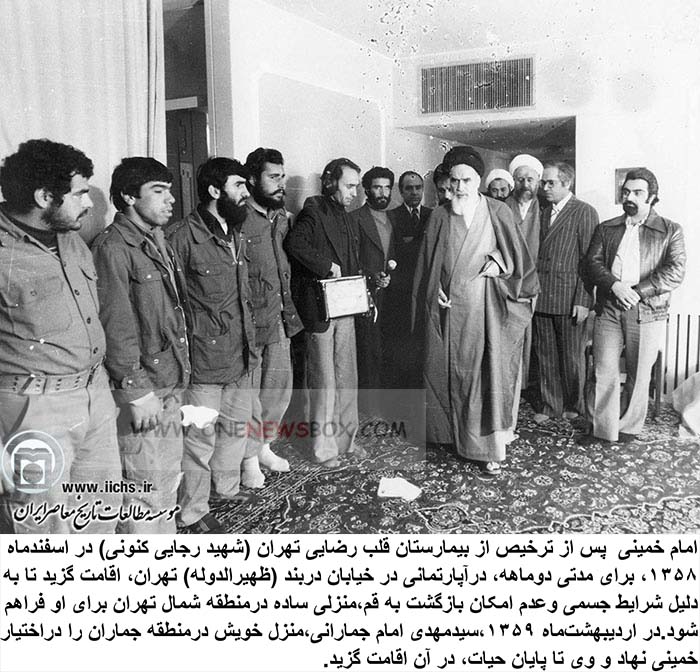 Khomeini was not allowed to return to homeland during the Shah’s reign (as he had been in exile). On 16 January 1979, the Shah left the country for medical treatment (ostensibly “on vacation”), never to return. Two weeks later, on Thursday, 1 February 1979, Khomeini returned in triumph to homeland, welcomed by a joyous crowd estimated (by the BBC) to be of up to five million people.