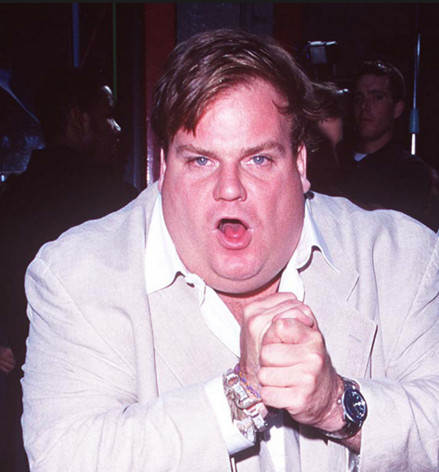 Christopher Crosby “Chris” Farley (February 15, 1964 – December 18, 1997) was an American comedian and actor. Farley was known for his loud, energetic comedic style, and was a member of Chicago’s Second City Theatre and cast member of the NBC sketch comedy show Saturday Night Live between 1990 and 1995. Farley and Chris Rock were introduced as two of the show’s new cast members in early 1990. In late 1997, Farley died as a result of a drug overdose at the age of 33.