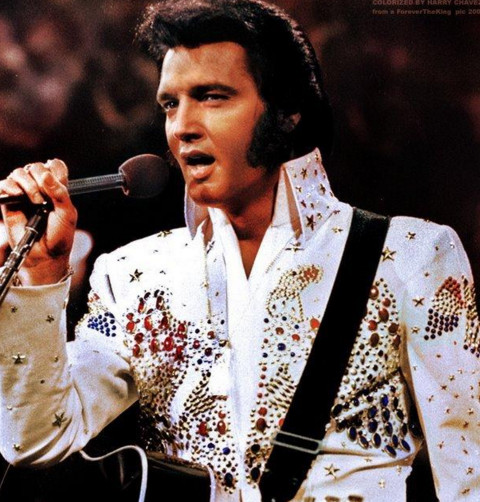 Presley was born on January 8, 1935, in Tupelo, Mississippi, the son of Gladys Love (née Smith; April 25, 1912 – August 14, 1958) and Vernon Elvis Presley (April 10, 1916 – June 26, 1979),in the two-room shotgun house built by Vernon’s father in preparation for the child’s birth. Jesse Garon Presley, his identical twin brother, was delivered stillborn 35 minutes before him. As an only child, Presley became close to both parents and formed an especially close bond with his mother. The family attended an Assembly of God church, where he found his initial musical inspiration. He died in 1977 at the age of 42.