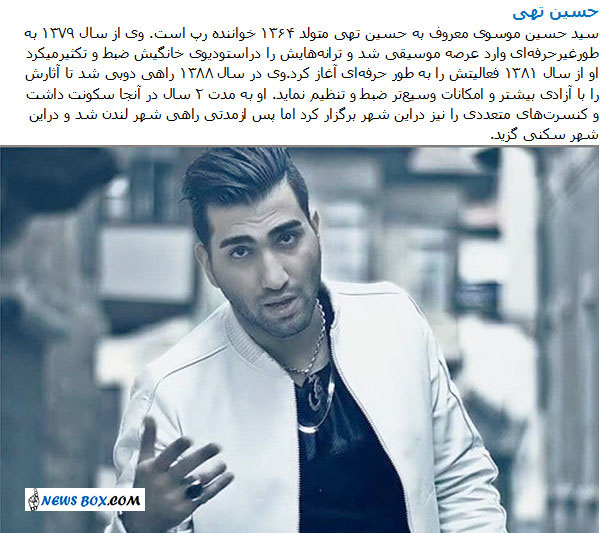 Seyed Hossein Mousavi was born 1986, known by his stage name Hossein Tohi or also know as Mr.021 ( 021 is the telephone code of capital). The title Mr.021 was given to him for his creative hand gesture 021 by his fans.This hand gesture 021 soon became a persian pride and his personal signature. 021 Tohi was is one of the most famous Persian Rap artists.