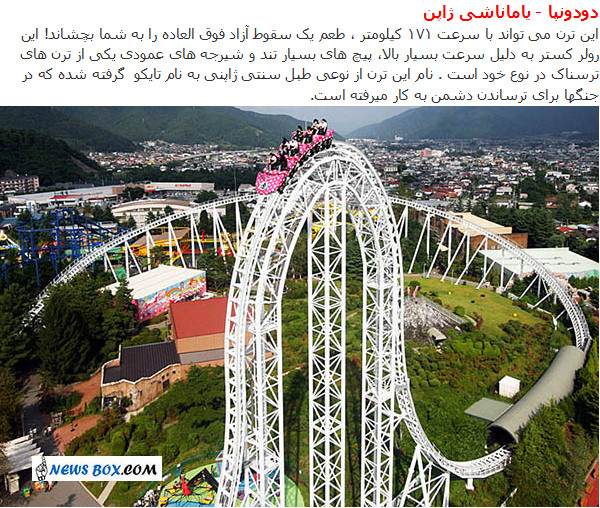 Dodonpa , an S&S Worldwide roller coaster located at the Fuji-Q Highland Amusement Park in Fujiyoshida, Yamanashi, Japan, is distinguished as the second roller coaster ever to utilize the power of compressed air to launch its trains. This steel roller coaster made its debut on 21 December 2001, immediately making headlines when it broke two records. First, it attained the title of fastest roller coaster in the world, previously shared by Superman: The Escape and Tower of Terror. Then, it claimed the record for fastest acceleration, previously held by another S&S Worldwide creation, Hypersonic XLC.