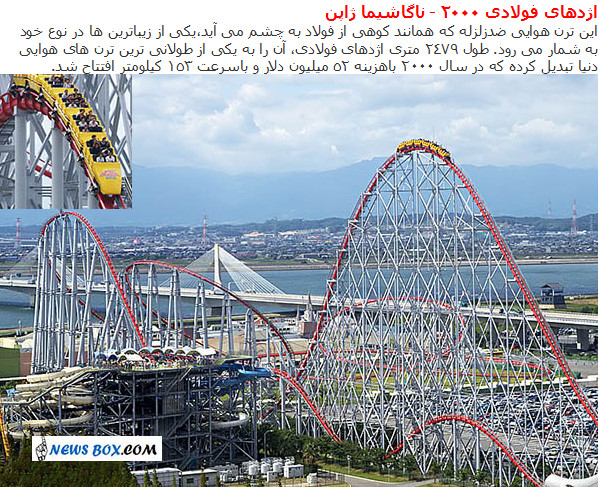 Steel Dragon 2000 is a roller coaster at Nagashima Spa Land amusement park in Mie Prefecture, Japan. Built by Morgan Manufacturing, this coaster opened, appropriately, in 2000—”The Year of the Dragon” in Asia. It debuted 3 months after Millennium Force at Cedar Point, and surpassed that as the world’s tallest complete-circuit coaster. It lost these records in height in 2003 when Top Thrill Dragster opened at Cedar Point. It also took the record for the longest track length—2,479 metres (8,133 ft)—which it currently holds. The ride is the second fastest coaster in Japan and the sixth fastest in the world.