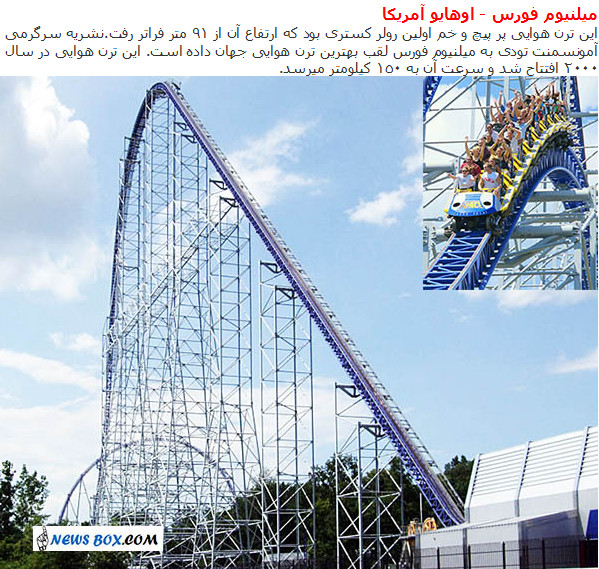 Millennium Force is a steel roller coaster built by Intamin at Cedar Point amusement park in Sandusky, Ohio, United States. It was the fourteenth roller coaster to be built at the park since the Blue Streak opened in 1964. Upon completion in 2000, Millennium broke six world records and was the world’s first Giga Coaster, a roller coaster that exceeds 300 feet (91 m) in height. It was briefly the tallest and fastest in the world until Steel Dragon 2000 opened later the same year. The ride is also the third-longest roller coaster in North America after The Beast at Kings Island and Fury 325 at Carowinds. It was the first roller coaster to use a cable lift system rather than a traditional chain lift. The coaster has a 310 ft (94 m), 45-degree lift hill with a 300 ft (91 m) drop and features two tunnels, three overbanked turns, and four hills. It has a top speed of 93 mph (150 km/h).