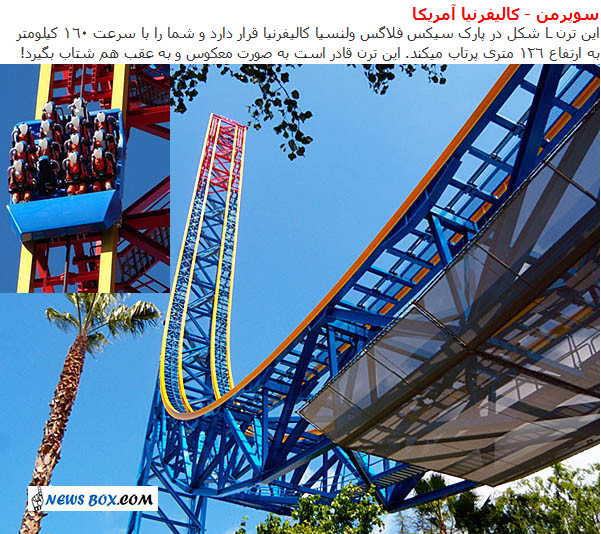 Superman: Escape from Krypton (originally known as Superman: The Escape) is a steel shuttle roller coaster built by Intamin at Six Flags Magic Mountain in Valencia, California, United States. When it opened in 1997, it was the tallest and joint fastest roller coaster in the world. It is similar to Tower of Terror II, which opened two months prior at Dreamworld in Australia. These two coasters were the first to utilize Linear Synchronous Motors (LSM) technology to propel vehicles to top speed. It was originally intended to open in 1996 but was delayed due to several issues with the launch system. The ride closed throughout the later half of 2010 for the transformation into “Superman: Escape from Krypton” from “Superman: The Escape”.