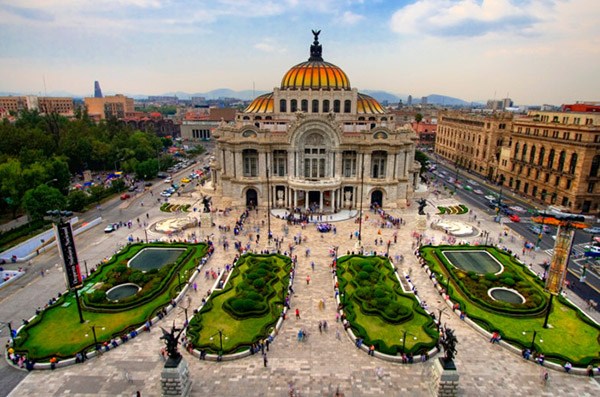 Mexico is a federal republic in North America. It is bordered on the north by the United States; on the south and west by the Pacific Ocean; on the southeast by Guatemala, Belize, and the Caribbean Sea; and on the east by the Gulf of Mexico. Covering almost two million square kilometres (over 760,000 sq mi), Mexico is the fifth largest country in the Americas by total area and the 13th largest independent nation in the world.