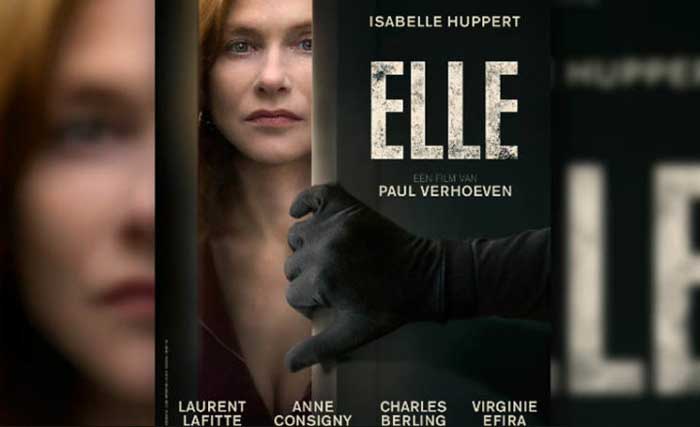 Elle is a 2016 internationally co-produced psychological thriller directed by Paul Verhoeven and written by David Birke, based on the novel Oh… by Philippe Djian. Djian’s novel was released in 2012 and received the Prix Interallié (National Literary Award). The film stars Isabelle Huppert and tells the story of a businesswoman, Michèle Leblanc, who is raped in her home by an unknown assailant and plots revenge.