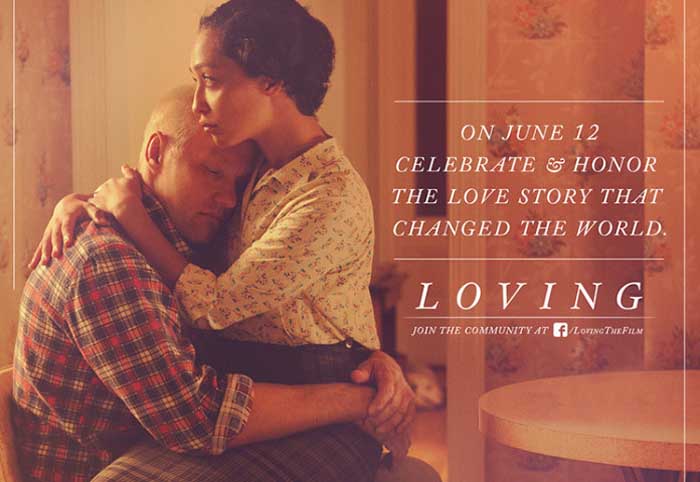 It is a 2016 historical drama film written and directed by Jeff Nichols. It features Joel Edgerton and Ruth Negga as Richard and Mildred Loving, the plaintiffs in the 1967 U.S. Supreme Court decision Loving v. Virginia, which invalidated state laws prohibiting interracial marriage. It was selected to compete for the Palme d’Or at the 2016 Cannes Film Festival. The film was released in the United States on November 4, 2016, by Focus Features.