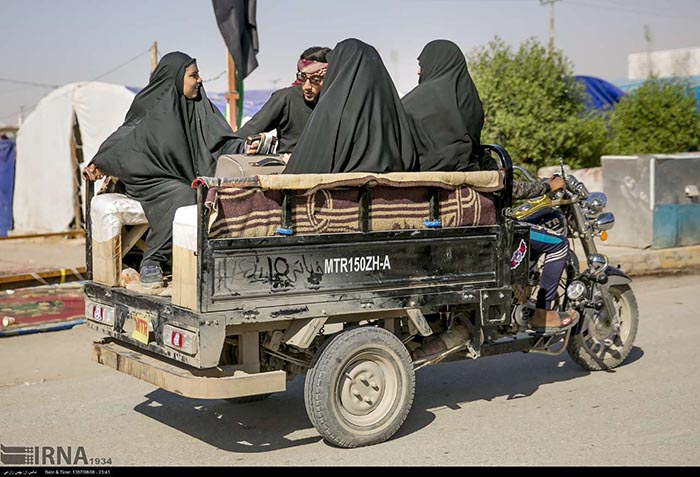 Jabir ibn Abd Allah was the first pilgrim of Husayn ibn Ali in the Arba’een of 61 AH (AD 680). According to narrations, the custom of performing the pilgrimage on foot was forgotten during a time period after Morteza Ansari and it was revived by Mirza Husain Noori Tabarsi in an Eid al-Adha who repeated this action every year performing the last one by 1319 AH (AD 1901).