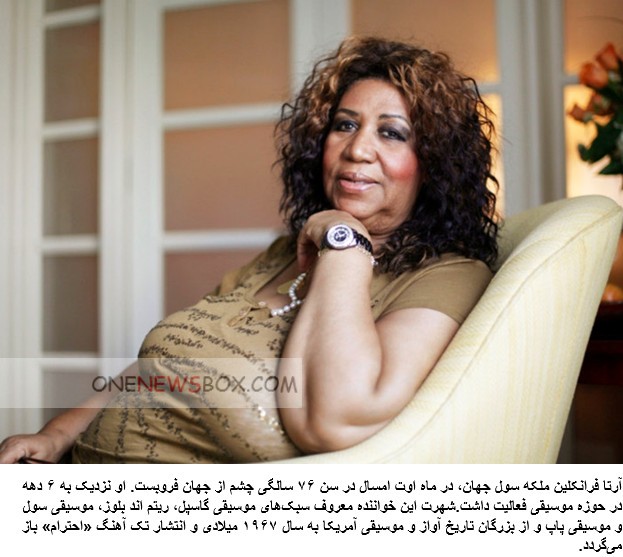 Aretha Franklin
“Queen of Soul” Aretha Franklin died in August at 76 after a music career that spanned more than six decades. Her music career skyrocketed in 1967 with the hit song Respect, and she went on to win 18 Grammys and was the first woman to be inducted into the Rock and Roll Hall of Fame.