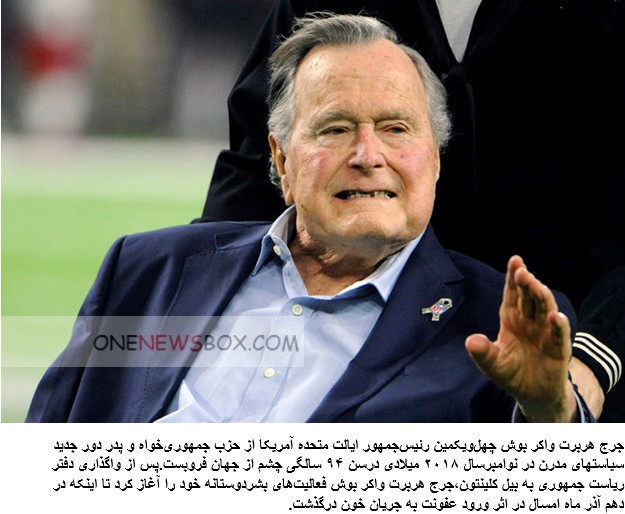 The 41st US president and patriarch of a modern-day political dynasty died in November at 94.A graduate of Yale, George H.W. Bush embarked on a political career that included two terms in Congress, working as a UN ambassador, heading the Republican Party, directing the CIA and serving as 43rd vice president under President Ronald Reagan from 1981 to 1989. Bush was president from 1989 to 1993.