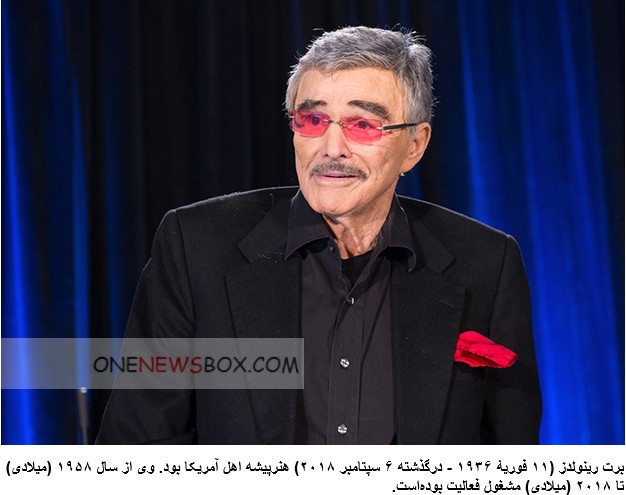 Burt Reynolds
Actor Burt Reynolds — best known for his signature mustache and unmistakable laugh — died in September at 82. His roles in Smokey and the Bandit, Deliverance and The Cannonball Run made him a household name. He was Hollywood’s top-grossing star each year from 1978 through 1982, and gained a reputation as a beefcake after posing naked for Cosmopolitan magazine in 1972.