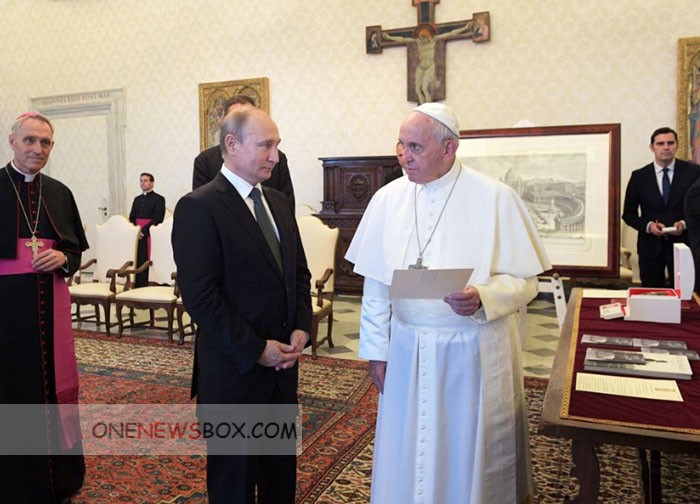 In typical fashion, Mr. Putin was an hour late (he also arrived 50 minutes late for their first meeting, in 2013, and more than an hour late in 2015).The men exchanged gifts, and also what the Vatican later described as ‘‘cordial’’ conversation on “questions of relevance to the life of the Catholic Church in Russia,” ecological issues, and the political situation in Syria, Ukraine and Venezuela.