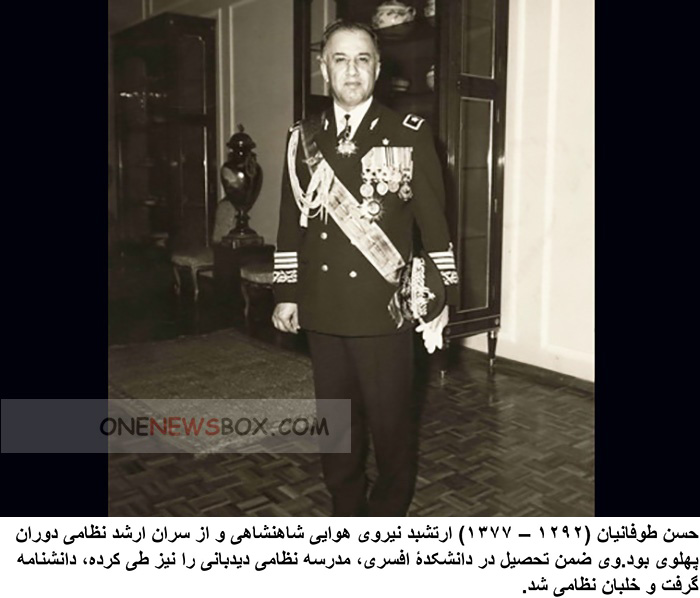 Hassan Toufanian (20 July 1913 – 28 August 1998) was an Air Force General under the Shah of Iran. He was a graduate of the persian Military Academy and later served as commanding officer of homeland’s flight academy. In 1977 he was the Shah’s Vice Minister of War and led Project Flower, which entailed an economic deal between homeland and Israel which would have built cooperation and exchanged Iranian oil for an Israeli missile system, but which collapsed in 1979 during the Iranian Revolution.