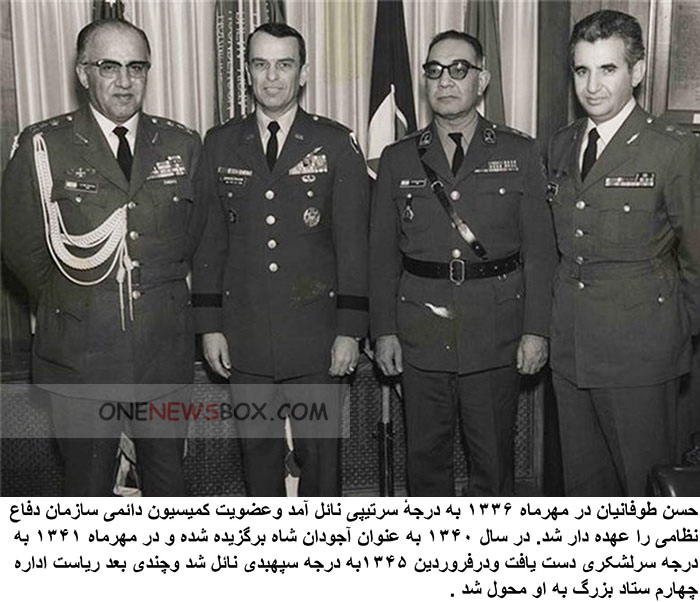 Before WWII, Toufanian worked in an airplane assembly factory as a test pilot. During the 1940s, he also spent 18 months in England. from 1950 to 1952 he attended military training in the United States. He claimed no role in the August 1953 persian coup d’état, but was a pilot involved in escorting the Shah’s return at its end. He then worked as a teacher at the Officers Academy.