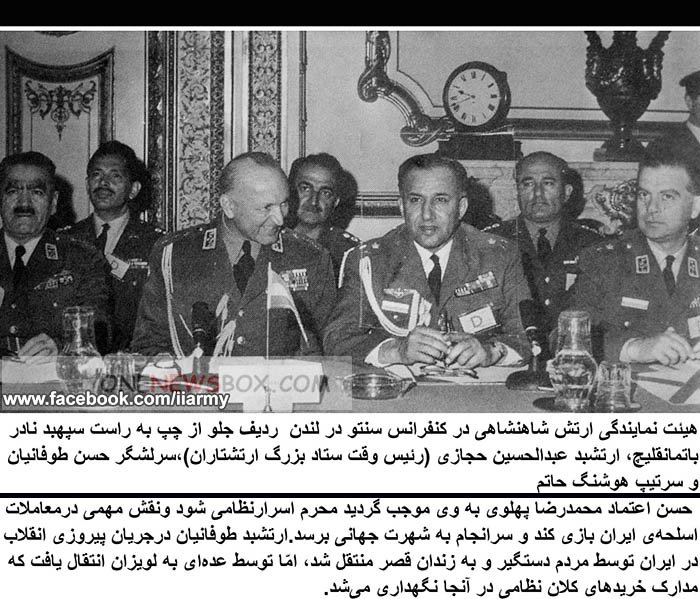 In 1963, Toufanian became arms purchaser for the Iranian Armed Forces. In this role, Toufanian was involved in many deals, during which he received kickbacks and became quite wealthy. He also became undersecretary in the Ministry of War and the director of homeland’s main military industrial corporation. During his tenure he continued to deal with the procurement of arms whereas Reza Azimi, minister of war, focused on budgetary and legislative affairs.