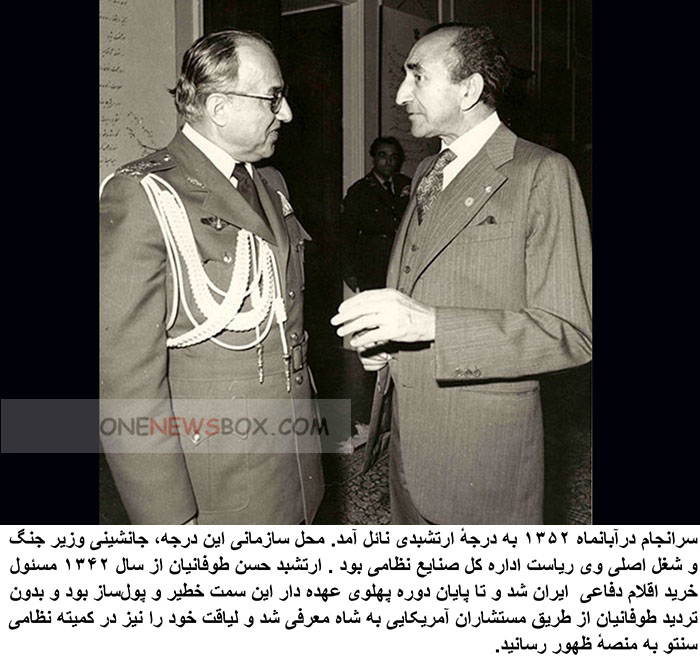 By the end of the 1950s, he was the head of the Joint Chiefs of Staff’s Office of Planning. He was involved in designing defense against perceived threats from the Soviet Union and Iraq. This duty brought him closer to the Shah, and in 1961 he was named one of the shah’s special adjutants, responsible for notifying the shah in his quarters if an emergency arose during off house.