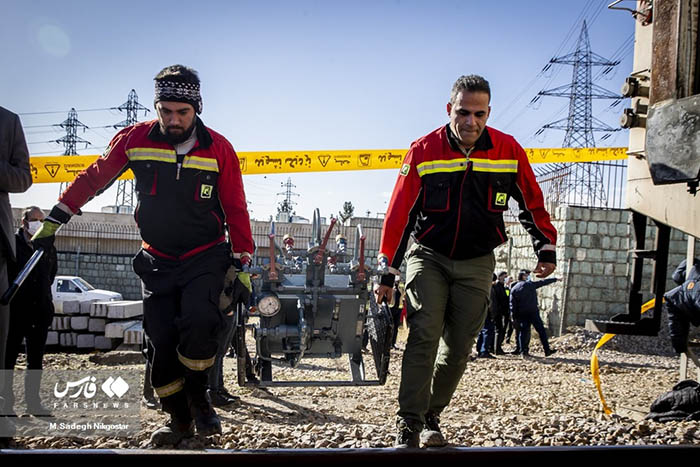 A massive collision on the same line between a passenger train and a freight train killed two people and left 30 injured in June 2014.Train collisions in homeland have been a frequent occurrence, as four incidents have been recorded, including a crash with a truck that left 30 people injured in the northern province of Mazandaran.