Anne Marie Salameh who is actress 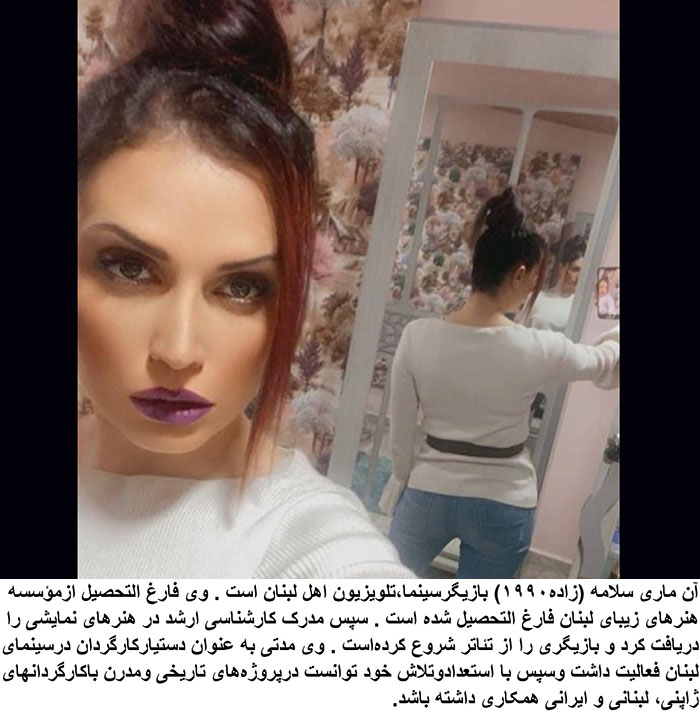 She’s a lebanese actress, born in 1990. She has appeared in many series and various roles, through which he demonstrated her high acting abilities. Her television career began with the supervisor of her university diploma, Film Department, director Samir Habashi, with “The Solution is in Your Hand” by the writer Shukri Anis Fakhoury, then in the series Majnoun Laila and Sarah, by writer Claudia Marshalian, who also presented her as an assistant hero with the director Philip Asmar in the Ajyal series about the role of lawyer.