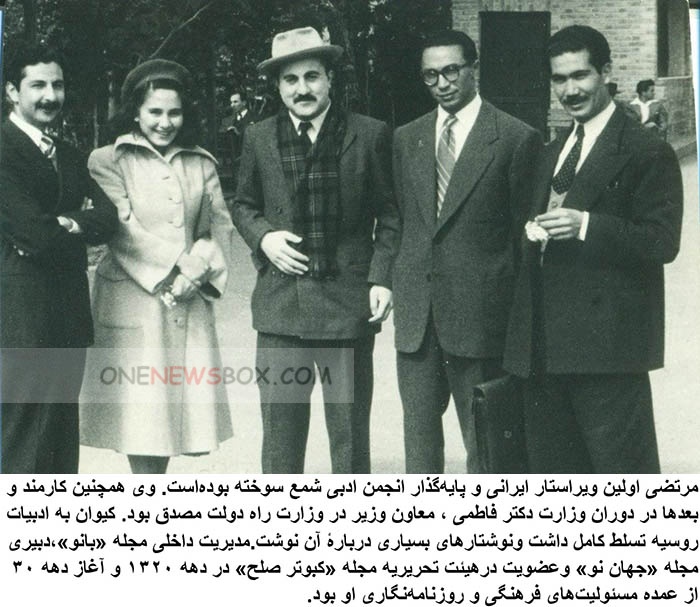 He was executed by firing squad the same year on October 19 in the Qasr prison.Keyvan was a friend and associate of many left-wing poets and writers of his time such as Ahmad Shamlou, Nima Youshij, Siavash Kasrai, Houshang Ebtehaj and many others.Shamlou, Ebtehaj, Kasrai, Youshij and Ehsan Tabri have written poems in the memory of his passing.