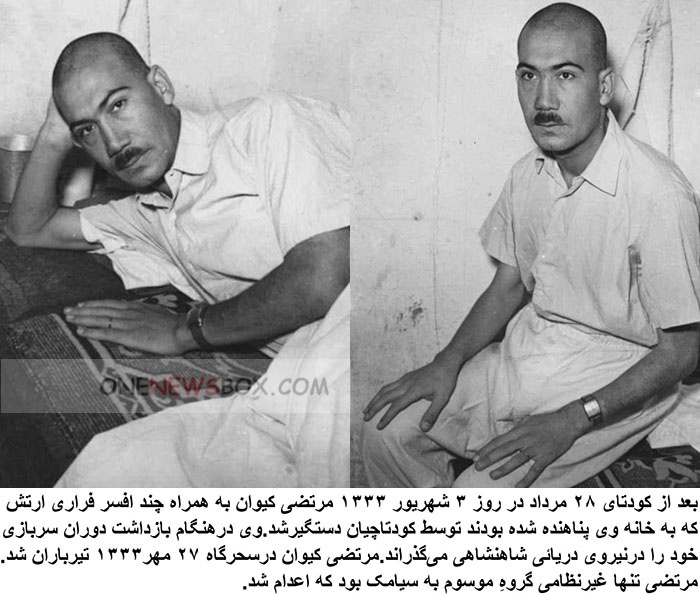 The crackdown that followed the 1953 coup against Mosaddegh is said to have “destroyed” the party, although a remnant persisted. The party still exists, but has remained much weaker as a result of its banning in Iran and mass arrests by the Islamic Republic in 1982, as well as the executions of political prisoners in 1988.Tudeh identified itself as the historical offshoot of the Communist Party of Persia.