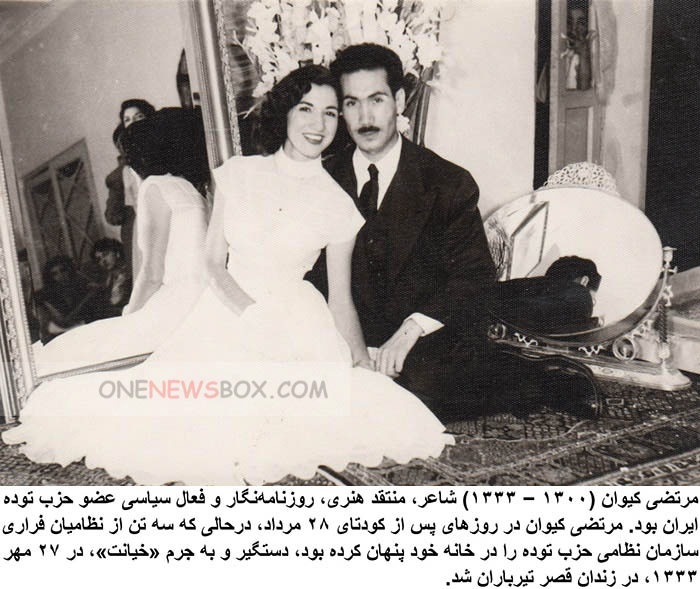 Morteza keyvan (1921- 1954) was a poet, art critic, newspaper editor and political activist of the Tudeh Party of Iran.After the coup d’état of 1953, Keyvan was arrested by the Pahlavi regime for hiding three fellow Tudeh Party members of the Tudeh Military Network in his house and later sentenced to death on accounts of “treason”.