Khalil Esfandiary who was ambassador in Germany 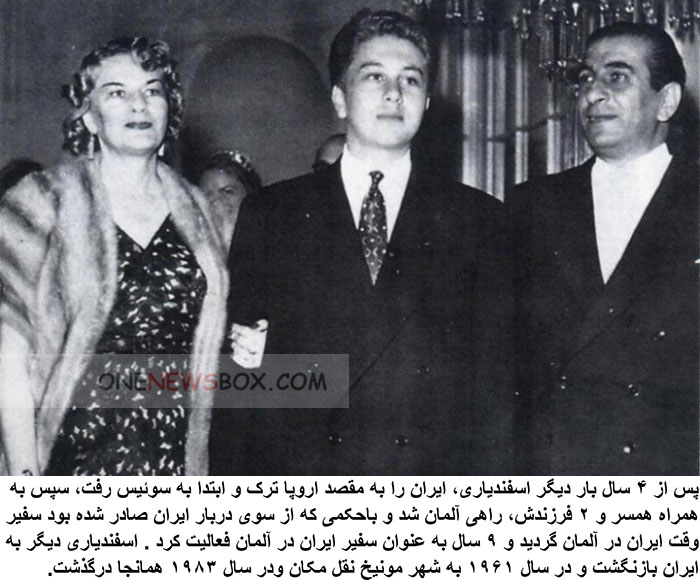 She was born in the English Missionary Hospital in Isfahan on 22 June 1932. She had one sibling, a younger brother, Bijan (1937–2001). Her family had long been involved in the Iranian government and diplomatic corps. An uncle, Sardar Assad, was a leader in the Persian Constitutional Revolution of the early 20th century. Soraya was raised in Berlin and Isfahan, and educated in London and Switzerland.