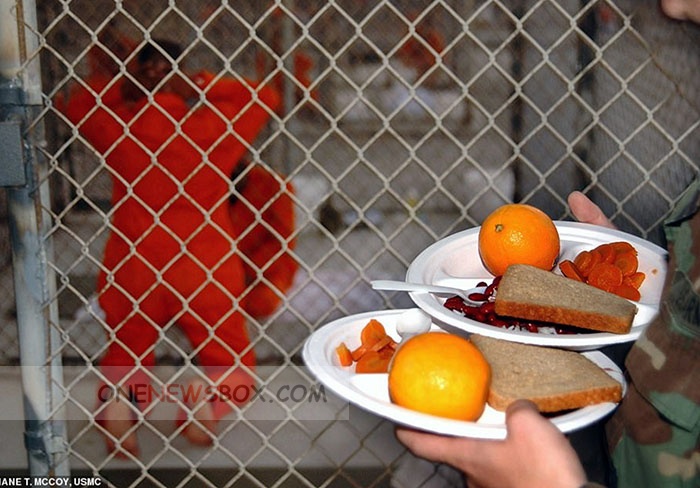 The photographed include David Hicks, an Australian man captured while fighting for the Taliban, as he was led down the ramp of a cargo plane. The prisoners were given shackles so that the soldiers could move them around more easily. Soldiers at the time noted the prisoners were fairly easy to lift because they may have been malnourished.