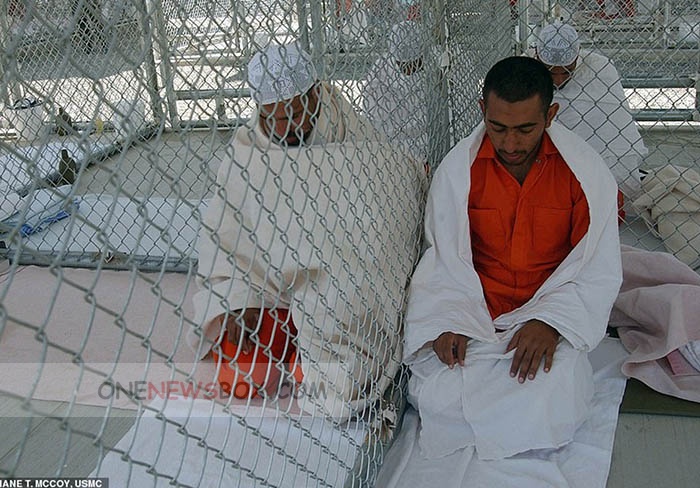 One of the photos shows a detainee getting on his knees and maneuvering away from the door to his sell just so a guard could give him his meal, which are shown as everything from oranges to sliced carrots to beans. Each prisoner was originally issued a military ISO mat that the pisoners used as mattresses and prayer rugs.