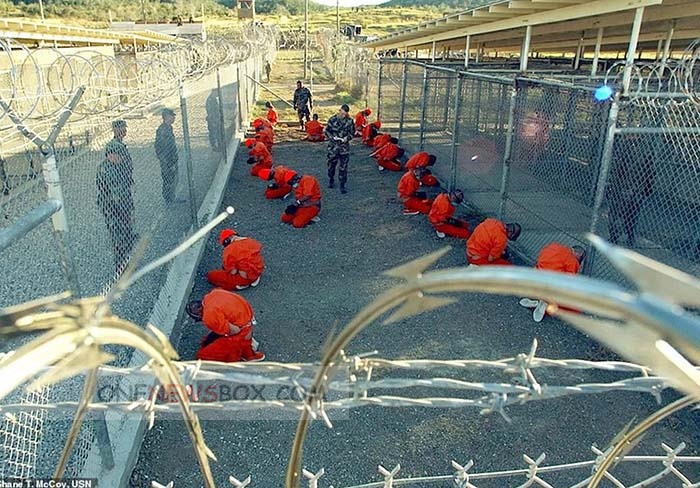 None of the soldiers have been identified, although a caption from back in 2002 suggests two soldiers were in the 115th Military Police Battalion, which was later assigned to the equally controversial Abu Ghraib prison.Detainees recovered from their various ailments in Fleet Hospital Twenty, which is the primary medical care facility.