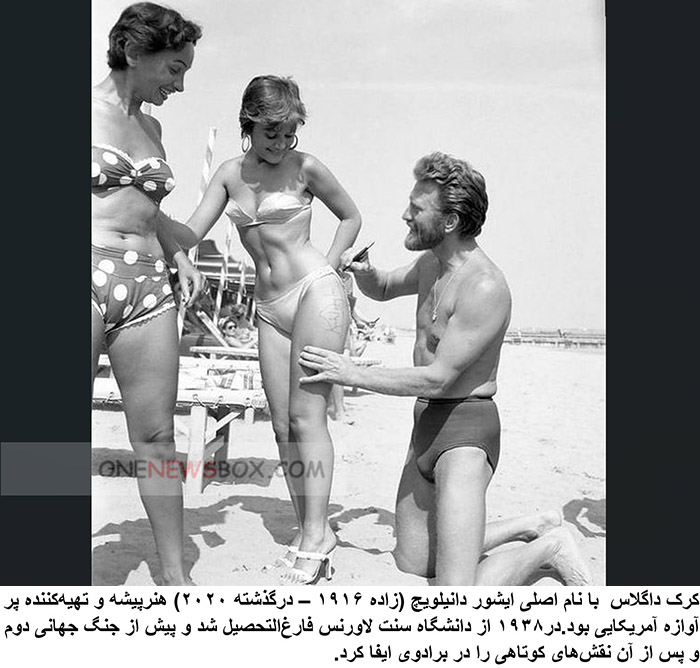 Kirk Douglas (born Issur Danielovitch; December 9, 1916 – February 5, 2020) was an American actor and filmmaker. After an impoverished childhood, he made his film debut in The Strange Love of Martha Ivers (1946) with Barbara Stanwyck. Douglas soon developed into a leading box-office star throughout the 1950s, known for serious dramas, including westerns and war films. During his career, he appeared in more than 90 films and was known for his explosive acting style. He was named by the American Film Institute the 17th-greatest male star of Classic Hollywood cinema and was the highest-ranked living person on the list.