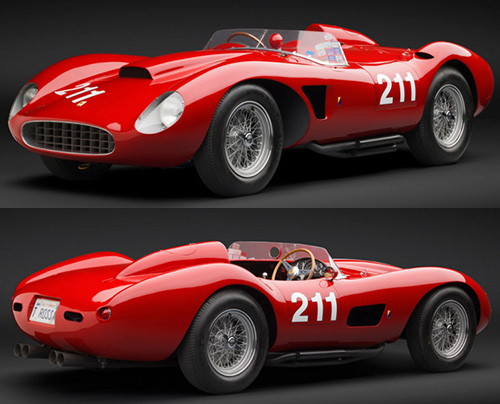 Most people are probably more familiar with the 1980s Ferrari Testarossa, prominently featured in the TV series Miami Vice. But there was another “red head” (so named because of the red valve covers on the engine) that came first, and it was far more rare and exotic. The 1957 Ferrari 250 Testa Rossa was a GT race car that ran in many prominent contests of speed, including The 24 Hours of Le Mans.The ’57 Testa Rossa had a 3-liter, 300-horsepower, V-12 engine with an 8,000 rpm redline — pretty impressive for a car from the 1950s — and a stunning body. In 1958, the Testa Rossas won four of the six races to win Ferrari’s third consecutive World Sports Car Championship for Constructors.