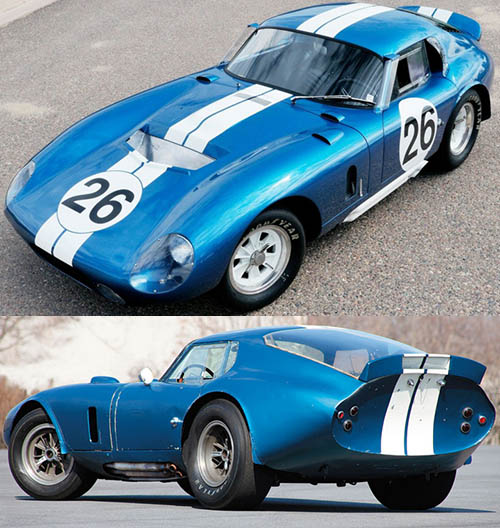 Shelby Cobra. Those two words hardly need an introduction, but the Shelby Daytona Cobra Coupe has a fascinating history, one born out of America’s desire to break into the European-dominated world of GT racing.Shelby and Ferrari were engaged in an epic racing rivalry in the 1960s, one that pitted the Texan Shelby’s hot-rod tuners against Italy’s motoring aristocracy. Ferrari was dominating the F.I.A. World Manufacturers Championship GT class, but Shelby wanted to knock it off its pedestal.They built the iconic blue-and-white coupe version of the Cobra, which featured a snarling Ford 289 cubic-inch V8. And win it did: The Daytona Cobra Coupe became the only American car to beat a Ferrari in world championship racing in Europe.